Dr. Gottuso joined the Massillon Animal Hospital team in August 2014. She earned an undergraduate degree from Pennsylvania State University in 2010 and then went on to pursue a DVM degree from Ross University School of Veterinary Medicine, graduating with honors in January 2014. Dr. Gottuso completed a clinical year at Oklahoma State University. Her clinical year provided her with hands-on experience in small animal medicine, general practice, emergency medicine, surgery, and other specialties.

Dr. Gottuso has traveled far, but is glad to be back in her hometown region. She grew up just under two hours away in Hermitage, PA and now resides in Tallmadge, Ohio with her husband and furry kids. They have three dogs — a pit bull named Turtle, a "coconut" retriever named Monkey, and a staffordshire terrier named Shark — as well as a Siamese mix cat named Pesto and a black kitty named Pepperoni. All of her pets are rescues.

In her free time, Dr. Gottuso enjoys being outdoors — hiking, biking, gardening, and anything to keep active and be able to enjoy nature. Keeping active also allows her to indulge in the traditional Italian cookies and homemade sauces she creates using secret family recipes. 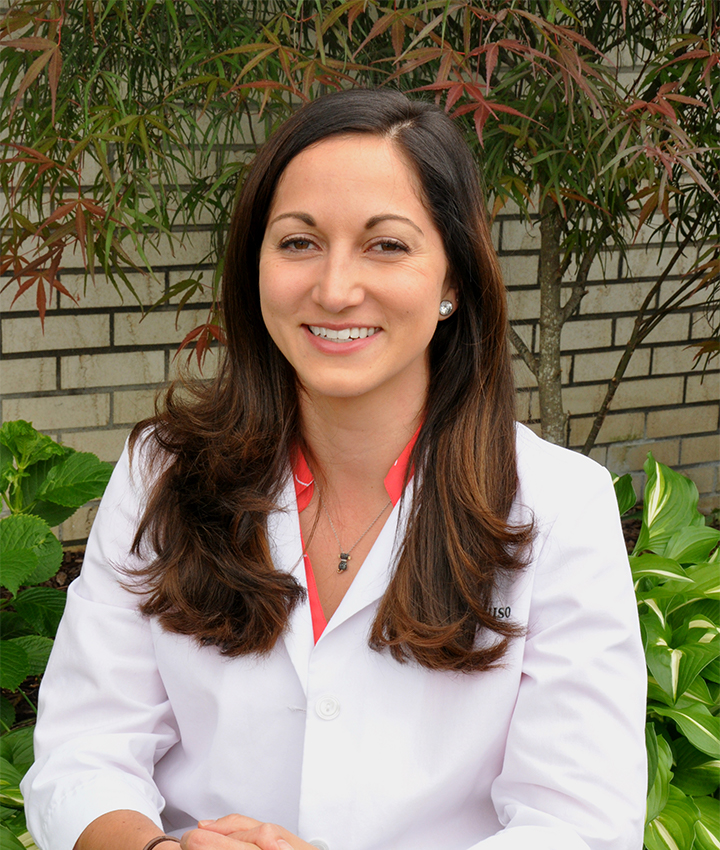